Founders of the International Foundation

So, we need a new paradigm for the evolution of human society and the human race. For the first time in history, humanity faced the problem of transforming the biosocial nature of man for survival and subsequent evolution in the Universe of the human race. Such a transformation can touch on the most fundamental foundations of individual and collective being at the level of consciousness and subconsciousness, physical, physiological, mental and social dispatches, a complex of interrelations and interactions in the Biosphere, the Noosphere, Space and Time.

The achievements of modern science confirm that the evolution of the human race for the first time in history can become manageable. Impressive successes have already been achieved in understanding the processes of self-organization of forms of matter, in cell, gene, molecular and atomic engineering, in understanding the phenomena of intelligence and the creation of intellectual artifacts. Convergent development of the Technosphere and the Noosphere is likely to lead to the emergence of such type of evolution, the key factor of which will be the practical immortality of the new person formed in the process of this evolution. Transhumanistic transformation of the human race will mark a new stage in the development of the universe, and the New Mankind will have unlimited possibilities for cognition, creativity, harmony and development of the Cosmos

This process has actually started. It can be stopped only by a worldwide catastrophe, which can only be prevented through vigorous joint efforts. Despite the anti-intellectualism of a significant part of the modern elite, which cautiously follows the achievements in the breakthrough areas of science and technology, as well as the inertia of the ordinary sections of society, unable to rise above ordinary problems, the ideas of transhumanism are gaining increasing understanding in the world, and the perspectives of transhumanistic transformations are gaining more and more certain features.

In these circumstances, we, who signed this Memorandum, declare:

- We are creating the International Foundation "VITA NOVA" to unite people who have common beliefs about the need for a new vision of the evolution of the human race, which we declare as the "VITA NOVA" Conception;

- We will direct our spiritual, intellectual, organizational and material resources to the justification, development and implementation of the VITA NOVA Conception;

- We will promote the establishment of contacts with our like-minded people in the world with a view to broader penetration of VITA NOVA's ideas into public consciousness and social practice;

- We will take the necessary measures to consolidate the members and friends of the International Foundation "VITA NOVA" in the direction of effective provision of their life activities aimed at achieving the ideals of the Foundation and fulfilling its Statutory tasks.

To achieve its mission, and in order of awareness on a sound conceptual, scientific, theoretical and practical level possible vectors of creative, spiritual, physical, mental and social evolution of humanity, we will organize the activities of institutions, institutes and departments «VITA NOVA» International Foundation towards providing scientifically sound and feasible mode of full evolutionarily meaningful individual parcels and collective interaction of members and friends of the Foundation with the world and in Helen, a term which does not provide fundamental limitation.

The founders of the International Foundation «VITA NOVA»: 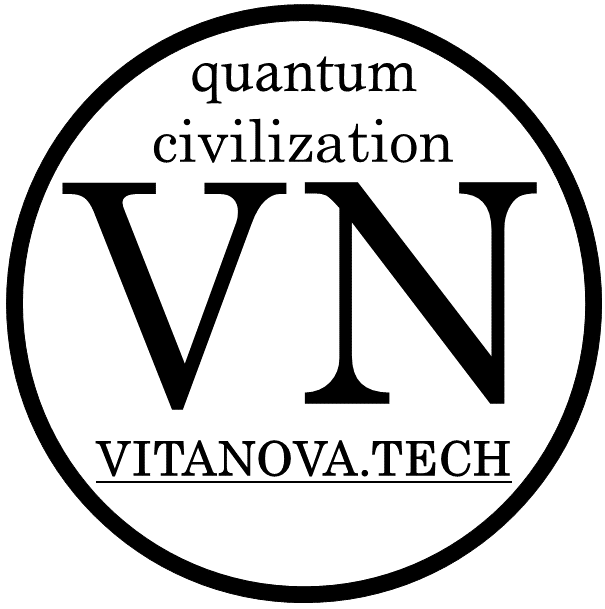